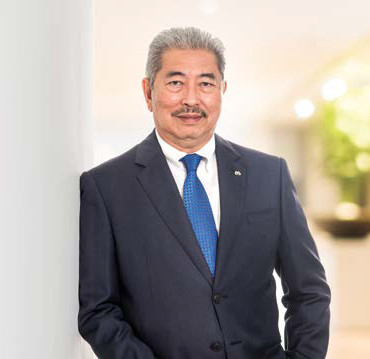 Member of the Nomination and Remuneration Committee

He currently sits on the Boards of DutaLand Berhad, Sime Darby Property Berhad and several other private limited companies involved in property development.

Tengku Datuk Seri Ahmad Shah completed his Diploma in Business Administration from Universiti Teknologi MARA in 1974. He started his career in Charles Bradburne (1930) Sdn Bhd as a stock broker from 1974 to 1981. He was a Director of TTDI Development Sdn Bhd from 1978 to 2000 and a Director of Sime UEP Berhad from 1983 to 1987 and Tractors Malaysia Holdings Berhad from 1987 to 2007.

Tengku Datuk Seri Ahmad Shah has no family ties with any of the Directors and/or major shareholders of the Company nor any shareholding in the Company.

Tengku Datuk Seri Ahmad Shah does not have any personal interest in any business arrangements involving the Company.

Tengku Datuk Seri Ahmad Shah does not have any conflict of interest with the Company and he has had no convictions for any offences within the past five (5) years, other than traffic offences, if any, and no public sanction or penalty imposed by the relevant regulatory bodies during the financial year.