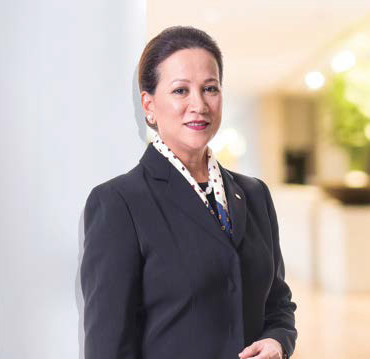 Datin Seri Raihanah Begum binti Abdul Rahman was appointed to the Board of Directors of the Company on 8 April 2019 as an Independent Non-Executive Director. Datin Seri Raihanah is a Member of the Audit & Governance Committee, Risk & Sustainability Committee and Nomination & Remuneration Committee of the Company. She currently sits on the Boards of MAA Group Berhad, Melewar Industrial Group Berhad and several other private limited companies.

Datin Seri Raihanah is an Associate of the Chartered Insurance Institute (UK) and the Malaysian Insurance Institute. As a scholar of American Malaysian Insurance Sdn Bhd (later known as CIMB Bank Insurance) she started her insurance career with the company immediately after successfully completing her course in 1984 and has held various positions in the Underwriting and Marketing Departments before leaving in 1988 to join Malene Insurance Brokers Sdn Bhd (“Malene”).

During her 10-year service at Malene, she was exposed to various aspects of the oil and gas industry and was involved in the Insurance programmes for Petronas, Shell, Esso (now known as Exxon-Mobil) and various other oil and gas-related companies such as Gas Malaysia Sdn Bhd and MISC Berhad. Her experience also included an attachment with a London-based Lloyds broker.

She left Malene in 1997 when she was the Acting Chief Executive Officer, to dedicate more time in bringing up her three young children. To ensure that she was in touch with the insurance industry and coupled with her experience and knowledge in insurance underwriting and broking, she made time, from 1998 to 1999, while being a homemaker, to be a part-time lecturer with the Malaysian Insurance Institute who conducted short courses for those in the insurance industry to obtain a more in-depth knowledge of the business.

In August 2005, Datin Seri Raihanah was appointed as a Non-Executive Director to the board of a public-listed fibre-based manufacturing company called Wang Zheng Berhad (“Wang Zheng”). She served as an active board member at Wang Zheng for 8 years.

She was also appointed as a member of the Board of Trustees for the Malaysian Medical Association (“MMA”) Foundation for a three-year term from 2007. MMA Foundation is a non-profit organisation which provides financial assistance for undergraduate medical students, continuing professional development, public health education and donations to charities.

Datin Seri Raihanah has no family ties with any of the Directors and/ or major shareholders of the Company nor any shareholding in the Company.

Datin Seri Raihanah does not have any personal interest in any business arrangements involving the Company.

Datin Seri Raihanah does not have any conflict of interest with the Company and she has had no convictions for any offences within the past five (5) years, other than traffic offences, if any, and no public sanction or penalty imposed by the relevant regulatory bodies during the financial year.