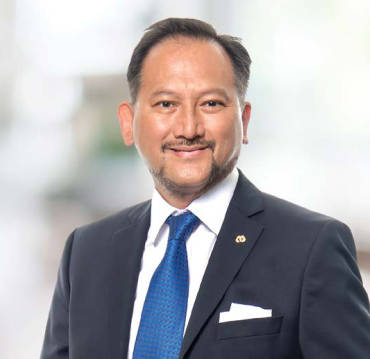 Tunku Dato’ Yaacob graduated with a Bachelor of Science (Hons) Degree in Economics and Accounting from City University, London. An accountant by training, he is a Fellow of the Institute of Chartered Accountants in England & Wales and a member of the Malaysian Institute of Accountants.

Tunku Dato’ Yaacob started his career as an Auditor with Price Waterhouse in London from 1982 to 1985 and subsequently, employed by the same firm in Kuala Lumpur from 1986 to 1987. Tunku Dato’ Yaacob joined Malaysian Assurance Alliance Berhad (now known as Zurich Life Insurance Malaysia Berhad) in 1987 until October 2006.

On 1 November 2021, Tunku Dato' Yaacob was appointed to the Board of KNM Group Berhad as Non-Independent Non-Executive Director.

Tunku Dato’ Yaacob is deemed interested in Mycron by virtue of him being a beneficiary of a trust known as KLB, being the holding company of Melewar Equities (BVI) Ltd and Melewar Khyra Sdn Bhd, who are the major shareholders of MIG, a major shareholder of Mycron. His shareholdings in the Company is disclosed on page 45 of the Annual Report.

Tunku Dato’ Yaacob does not have any personal interest in any business arrangements involving the Company.

Tunku Dato’ Yaacob does not have any conflict of interest with the Company and he has had no convictions for any offences within the past five (5) years, other than traffic offences, if any, and no public sanction or penalty imposed by the relevant regulatory bodies during the financial year.