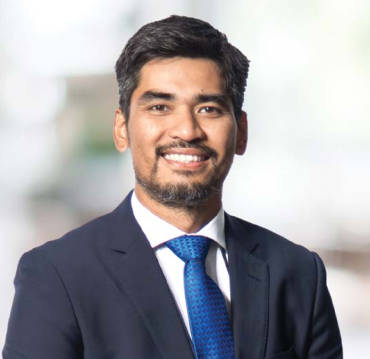 En Roshan started his career in 1999 as a Deck Cadet for NSSPL, American President Lines, sailing worldwide on container carriers. He was a 2nd Mate/DPO for Allied Marine Equipment Sdn Bhd from 2004 to 2006. In 2006, En Roshan was on the commissioning team for Offshore Subseaworks Sdn Bhd and subsequently served as 1st Officer/Senior DPO cum Project Manager. In 2009, En Roshan became the General Manager of Jas Marine Ltd and Jas Marine Sdn Bhd. During his tenure from 2004 until 2009, En Roshan held multiple senior positions both onshore and offshore in the Upstream Oil and Gas Sector covering Transport & Installation, Subsea Construction Inspection, Repair & Maintenance, as well as Deepwater Subsea Construction.

En Roshan has no family ties with any of the Directors and/or major shareholders of the Company nor any shareholding in the Company.

En Roshan does not have any personal interest in any business arrangements involving the Company.

En Roshan does not have any conflict of interest with the Company and he has had no convictions for any offences within the past five (5) years, other than traffic offences, if any, and no public sanction or penalty imposed by the relevant regulatory bodies during the financial year.