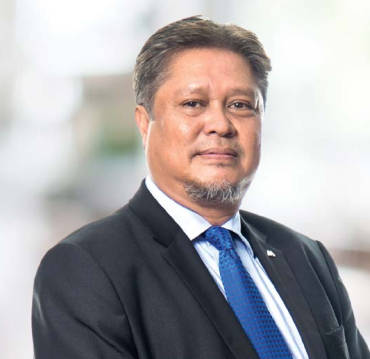 He started his career in 1983 with Citibank N A and in 1987, he joined United Asian Bank (“UAB”) where he started and headed the Treasury Marketing Unit. After UAB merged with Bank of Commerce, he was subsequently promoted to Head of Priority Banking Division and Branch Manager of the KL Main Branch in 1992. In 1994, he rejoined Citibank Berhad as Vice President and Head of Public Sector Division.

En Azlan was the Deputy President of the Malaysia Iron and Steel Industry Federation (“MISIF”) from 2008 until October 2018 and was one of MISIF’s representatives on the Asian Iron and Steel Council from 2012 until May 2018.

En Azlan has no family ties with any of the Directors and/or major shareholders of the Company. His shareholding in the Company is disclosed on page 45 of the Annual Report.

En Azlan does not have any personal interest in any business arrangements involving the Company. En Azlan does not have any conflict of interest with the Company and he has had no convictions for any offences within the past five (5) years, other than traffic offences, if any, and no public sanction or penalty imposed by the relevant regulatory bodies during the financial year.